Merge VR Headset Review: If your goal is to find an affordable VR headset that’s still comfortable enough to wear for long periods of time, the Merge is a great option (A Pretty Good Gear VR Alternative). The headset is compatible with a wide range of smartphones and is the best VR headset for iPhones and androids. Merge VR is suitable for ages 10+.

Merge VR Goggles Headset for children is a Google Cardboard compatible headset ideal for children aged ten and up. The majority of headsets are aimed at ages 12 and up, and we know that pre-teens are very eager to try VR.

You can play virtual reality apps, games, and videos with the purple headset. While Samsung’s device is more inclusive, the Merge VR lets users who own recent Android and iOS mobile devices join in on the VR fun.

Additionally, the headset will be capable of running augmented reality, which will add some virtual fun to real life. However, the headset doesn’t include a VR controller like Bnext VR and Gear VR does.

Generally speaking, the design of the Merge VR headset is phenomenal; the headset weighs approximately 12 ounces.

The headset can be easily carried and is less bulky than traditional VR helmets, which can be difficult to carry. It also comes in two different colors, purple and black, so those looking for something brighter can customize it.

Furthermore, it’s also much more compact than other virtual reality headsets – it’s smaller, but it still allows customization of the lens width for the wearer to have their ideal experience.

Even though it’s smaller than traditional VR headsets, this is ultimately an advantage – the small size means it’s easier to travel with, and it can be stored easily for later use.

There are no sharp corners or hard elements, except for the pair of input buttons, which are also used to position the lenses and the bumpers on the sides.

Therefore, there is no risk of an unfortunate bump or drop. Having an antimicrobial material also means you won’t have to worry about passing the device around between family and friends.

Besides the black-and-silver Merge logo, the headset is most notable for its large, irregular polygon cutout. You can access augmented reality content by removing the piece from your phone.

Your phone fits directly behind the faceplate. Various ports of your smartphone can be accessed through openings on the side. To prevent fogging, there are two holes on top of the device.

A pair of black Velcro bands secure the Merge to your head. The horizontal head strap allows most heads to fit comfortably, while the vertical band is long enough to accommodate even the most complex hairstyles.

Long ponytail people can wear the colorful headset without any problem because the Merge VR’s headbands are very stretchable.

I still prefer the Gear VR when it comes to wearing the Merge VR for long periods of time. A soft cushion would make the interior more comfortable, similar to what comes with Gear VR.

Compatibility is one of the best features of this headset. There is a link on the manufacturers’ website that allows you to test your phone’s compatibility with this headset, allowing you to not have to guess if the headset will fit the device.

There are a variety of AR-compatible games that can be played on the Merge headset. With the headset, you can use most traditional applications that are compatible with VR or AR.

The majority of AR games will run well when used with the Merge VR headset, even though some games might require additional equipment to run and not all will be compatible. Through the Merge headset, users have access to a wide range of free-to-play and paid games.

Additionally, the headset’s basic functionality is a plus. The headset itself is easy to use since it has buttons that allow you to control and interact with on-screen content. Moreover, many users have noted that the buttons are easy to find and press, even if you move your hands away from them.

And others have reported that the leverage motion of the buttons is ideal, meaning that interacting with games through the headset is a flawless experience and one that many would recommend over other headsets.

Visit Merge VR’s website to see its featured apps.  Some of the apps, games, experiences, music and educational content listed are free; others, like Snow Strike VR, cost $1.99. (Oculus Store games cost up to $15.99.)

We counted 56 programs based on Merge Start, which is nothing compared to Oculus’s deep catalog of apps, games, and experiences.

Each app in Merge Start has a VR rating from Mild to Intense that indicates how strong the VR effect will be. This is similar to the ratings you’d find in the Oculus Store.

The age rating is another key difference between the titles. Regardless of genre, all apps in the Oculus Store are rated 13 and up. Merge Start stores have software rated for everyone, 7+, 9+, and 13+.

You must first configure your smartphone for VR before you can use any of the apps or games you’ve downloaded. The process is fairly straightforward.

To identify your headset after launching the Google Cardboard application, you will need to scan a QR code. The code can be found at the bottom of the Merge Start site. Once the scan is completed, you are ready to go.

With Merge VR, you can adjust the lenses to fit different types of users. Wearing glasses is not necessary when using the headset, so some people may not need them.

Over your glasses, you can wear the headset comfortably. Although getting it on is a bit tricky, it was fairly comfortable once on.

Based on the ease of interacting with the headset and the accuracy of motion tracking, this metric was scored. As a result, the Merge VR scored among the lowest scores in this metric.

The Merge only had two buttons on top of the headset for interacting with the device. This is common for devices requiring the insertion of a phone.

Like the other mobile VR headsets, the Merge tracks your gaze as you look around your VR environment, but it does not account for your movement throughout the room. Since the motion tracking depends on your smartphone’s internal sensors, the device is less interactive than high-end VR headsets. The absence of hand controls greatly lowered the Merge’s score in this metric.

This metric showed a slight improvement for The Merge. The score is calculated based on the sharpness and quality of the image shown, the field of vision, and whether the headset effectively blocked out ambient light.

The Merge has a good field of view. In comparison with other models, it feels slightly zoomed in.

As a result, we awarded the Merge a few points less than the other models in the group because the image appeared to be slightly distorted. The Merge did an excellent job blocking ambient light, only letting a small amount through the ventilation slits.

Our User Friendliness metric assessed each headset based on how hard it is to set up your smartphone, whether you are prone to inadvertently pressing buttons or whether you need to remove your phone’s case to install it, and how difficult it is to attach headphones. In this metric, the Merge performed very well,

There is plenty of room on the Merge to connect to most smartphones’ headphone jack, so it’s a breeze to use. Moreover, it can also easily be installed by sliding in a mobile phone from the top, making it one of the easiest headsets to use.

Additionally, we had no issues with buttons being accidentally pressed. If you use this headset, your phone case can also remain on the phone.

As part of our Ease of Setup analysis, we looked at how easy it was to configure the system software and hardware, and how many requirements there were to run the VR system. The Merge performed well here.

Once the Merge is removed from its packaging and the lenses are adjusted, the hardware is ready to use. Afterward, all that is left is to download the desired app(s) from the Merge Miniverse. Cardboard-compatible phones can use this headset.

The Merge VR uses your smartphone’s display, processor, and battery, just like the Gear VR. VR content, however, burdens those components more than watching a regular movie or playing a normal game. The Galaxy S6 in the Merge VR reached 104 degrees after 45 minutes, with 82 percent battery life. With 80% of the battery left, the iPhone 6 had a temperature of 106 degrees. A temperature of over 95 degrees is considered uncomfortable.

The Merge AR/VR Headset is around $50

The Merge VR is a specially designed affordable VR headset for kids, and its soft foam material makes it especially durable against abuse.

Additionally, there are a few VR accessories that can be purchased to enhance the gaming experience.

There are better headsets out there, but this is a good choice for a budget headset that works with Android and iPhone and provides some comfort over cardboard models. 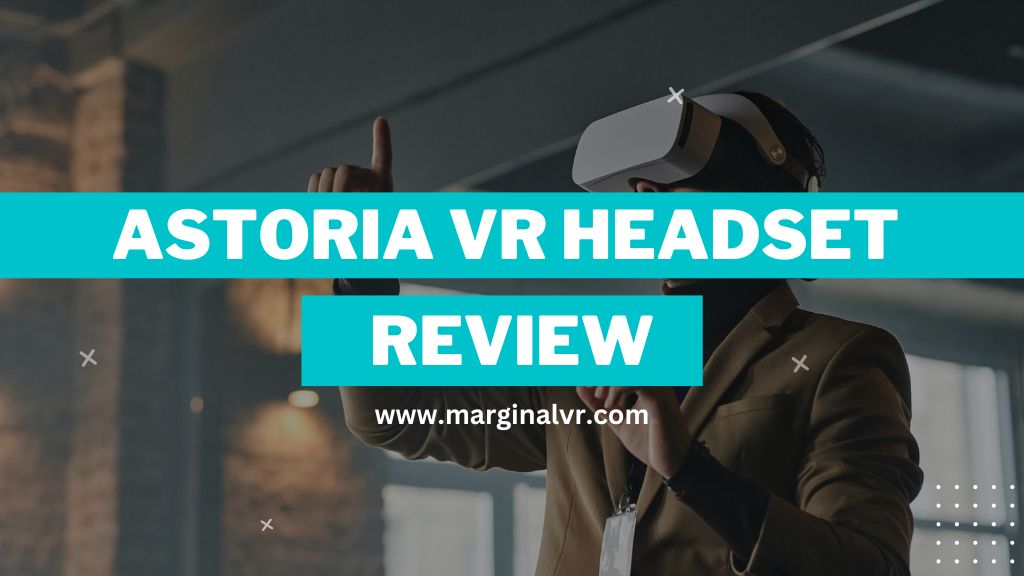