VR content is available for a wide range of VR experiences with easy installation. Install the app and connect the headset to your smartphone. However, the Astoria may disappoint high-end gamers and people seeking a truly accurate experience, but it is still very appealing to most users.

Virtual reality has grown exponentially thanks to technological developments in smartphones, computing devices, and data connectivity. Using VR, you can instantly enter another reality.

An Astoria VR headset could be a good way to get a taste of VR without spending a lot on a high-end product. You can now experience VR without breaking the bank thanks to the easing of connection, high compatibility, and an acceptable range of applications.

It’s important to choose a VR headset that fits your budget and meets your needs. Finding the right headset can be challenging.

I would suggest considering the Astoria VR 3D Immersive Virtual Reality Headset. Most smartphones can be connected for gaming and 3D movies, among other applications.

What is the Astoria VR Headset?

Electronic companies are currently selling and developing bigger and bigger smartphones, giving consumers a better view of the screen to play handheld games.

Although screens are getting larger, it is still hard to fully immerse yourself in a game when you only have a few inches to view it.

Many virtual reality games have recently been released, which require you to have a full view of your screen, which you can’t normally have. An Astoria VR goggles and a smartphone will suffice.

With the Astoria VR headset, you can stay focused on those games. Astoria VR Headsets allow you to immerse yourself in the virtual reality experience.

The 360-degree view will appear once you correctly insert your phone, allowing you to fully immerse yourself within the game. The Astoria VR headset is specially designed for iPhone, Samsung, HTC smartphones, etc.

Your device’s screen and sensors are used to track your motion and virtually transport you to the app you are using. Compared to popular gaming VR headsets like PlayStation VR, this device is much more affordable.

For users who plan on wearing the headset for a substantial amount of time, the Astoria headset is quite light. The ergonomic design, adjustable straps, and internal padding allow for a comfortable fit.

Unfortunately, the device is without a control panel, which is a huge disappointment. However, the focal distance can be adjusted with a knob. Unfortunately, this feature is not very accurate or effective.

Due to the lack of integrated earbuds, the audio will be dependent upon your smartphone. If you want to use headphones, you can plug a headphone jack or buy a special VR headset. Headphone accessories and Bluetooth controllers are optional (Sold Separate).

It is compatible with most Android or Apple smartphones with display sizes between 3.5 inches and 6 inches.

How To Use The Astoria VR Headset

The setup of the device is straightforward. There is no need for a power source or any other connection when using this standalone VR headset. Simply insert your phone into the front slot, which has a magnetic cover.

You can then download a VR game and use it right away. Wear the device after you have set it up and snugly tighten it using the adjustable head straps.

Initially, this headset looks like a toy for kids because it was designed specifically for kids, but it offers so much more. In addition to being durable, it is also incredibly comfortable. However, adults can also use it.

In terms of comfort, the Merge is quite comfortable for a headset in this price range. Its sturdy design will last for a very long time, especially with children. With its bulky size and ample room, users with prescription glasses can use this easily.

Devices in this price range lack a control panel, as well. This limits the phone’s interaction. Only two buttons are on the top of the Merge. Although it is not the best headset, it is quite durable and comfortable for a headset in this price range.

As with the Astoria, Noon VR works by simply sliding your smartphone into the headset. As well as being a little more expensive, it offers excellent value for the price. The design and features are very similar to the Astoria.

At the price, it might be fun to play with, but there are cheaper VR headsets that perform just as well. It won’t satisfy serious gamers or people wanting immersive VR.

Samsung has now released its third generation of virtual reality headsets. In collaboration with Oculus, another key player in this market, it’s considered a dominant force.

This product is highly durable, as well as has a sophisticated look. The front pocket tightly protects your phone and closes without any holes, so you won’t have to worry about light affecting your virtual experience.

It’s impossible for me to protest when it comes to comfort. Two flexible straps keep the unit in place. The Velcro keeps the cushioning around the eye in place, making it easy to remove if they become stretched out, damaged, or if you sweat excessively.

Moreover, the unit has an underside USB-C port, as well as a side control pad. An important feature is the Bluetooth joystick, which functions as a trackpad with a trigger knob on top, so players can easily shoot their guns.

The dream vision pro has excellent compatibility. It works with both iPhones and Android devices with screens between 3.5 and 6″ (8.9 to 15.2cm). Vinyl foam padding is quite soft, so it won’t irritate your face.

Also, the straps are flexible so that you can adjust the fit to your liking. Light is kept out of your VR environment by the flexible straps and smooth vinyl foam. The device weighs only 1.1lbs (499g). As a result, your face and neck are less stressed.

It also features retractable Bluetooth earbuds and a built-in microphone. In terms of its price range, the Dream Vision Pro is quite a winner.

The BNext is the largest headset we’ve seen, but it’s well made and ergonomically designed to be light and comfortable, so it can be worn for long hours at a time. This looks like it will be a great experience inside, and with no annoying cables to annoy you, it looks great so far.

The headset truly draws you into the VR world and enchants you with its playability. The visuals and audio are crystal clear and exceptionally crisp. BNext has gone all out with this VR headset.

There were occasional moments when audio and image were out of sync, but for no more than a fraction of a second.

Health concerns about the usage of Astoria VR headset

VR and AR are developing new avenues for knowledge and entertainment. Nonetheless, as these technologies gain momentum, health experts attempt to determine how they influence the physical, emotional, and psychological aspects of human life. Some health concerns are:

How To Buy A VR Headset?

Be sure to consider a few factors before investing in a VR headset.

It’s not necessary to learn about all the different Virtual Reality headsets and manufacturers on the market. Knowing the general construction will assist you when selecting your own VR headset.

Tethered VR Headset: VR headsets that are connected to a computer or gaming console through a cable are known as tethered devices.

Computers or game consoles use the communication cable to send VR commands to the VR goggles, which are then sent to the user.

Untethered VR Headset: These goggles operate as stand-alone machines, requiring no link to deliver the experience. To receive and transmit VR data, these devices usually rely on Wi-Fi networks.

Unlike other headsets, mobile VR headsets use your mobile device as the source of VR transmission.

There are significant differences between the structure, integration, functionalities, and performance of mobile virtual reality headsets.

Furthermore, mobile headsets are very limited in terms of the type of app they can connect to and facilitate.

We currently have a variety of VR materials available: gameplays, video clips, live shows, instructional videos for training, seminars, and compelling narratives. The list is endless. Your choice of VR headset will depend on what content you find most interesting.

Do you intend to play intense games? Then you would need a tethered VR device.

Is this your first experience with virtual reality, or are you only interested in viewing random 360-degree videos?

Consider using a simple VR headset to get started before upgrading to more advanced models For those who wish to stream and play passive games occasionally, the Astoria VR headset is perfect.

Consider the weight of a mobile VR headset that is literally bound to your face.

Make sure that the padding doesn’t cut your skin and the head straps can be adjusted so that the device will securely fasten around your head.

It is also important to have proper ventilation. A cheaper alternative to VR, the Astoria VR is a viable option if you’re strapped for cash.

For those who are PC gamers or want a more immersive VR experience, consider high-end headsets such as the Gear VR or the Oculus models.

Although we’d love to have everything we want, budget is always a concern. You may need to put off other purchases in order to save money for a better headset. Your budget should be taken into account before deciding which headset to buy.

A brand new VR headset won’t do you any good if it’s not compatible with your smartphone, PC, or any other device you plan to use it with. Do your research before buying a VR headset. 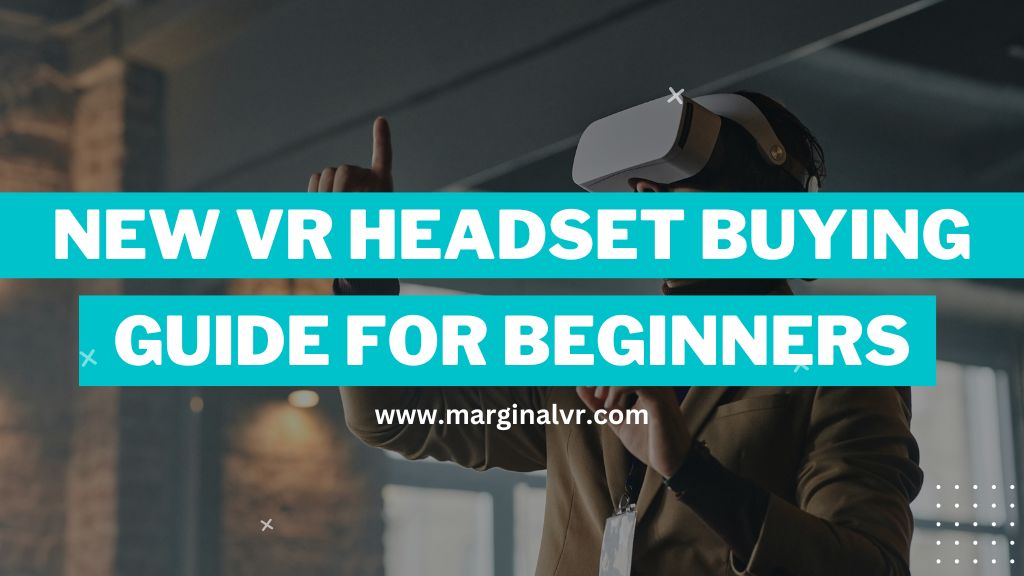